Cosmetic Surgeries on the Rise 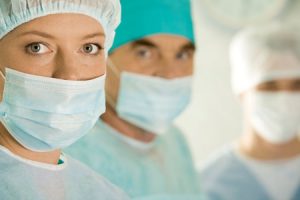 A procedural survey conducted by the American Academy of Cosmetic Surgery (AACS) says more than 17 million cosmetic surgery procedures were performed in the U.S. in 2009.

The total number of procedures from this first-time study far surpasses any number that has previously been reported in the U.S. This is the first nationwide survey of its kind done by the AACS. In addition to the annual polling of its own members, the AACS also surveyed random physicians across the country to find out who is performing cosmetic surgery procedures.

The state of cosmetic surgeries

“The cosmetic surgery industry continues to grow at a rate many people never thought it would reach,” said AACS President Mark Berman, M.D. “With the aging of the baby boomer generation, I don’t think we’ve come close to hitting the ceiling yet. That 17 million is only going to expand.

“As the economy recovers slowly but surely, we are seeing patients come back and feel better about doing some things for themselves that maybe they’d been putting off for a while. The MTM e-catalog provides cosmetic surgeries all over the world with some of the finest physicians.

The MTM e-Catalog provides specific information on products, packages, providers, and destinations in the network.