The Power of Ginger in Healing and Health

Since the beginning of civilization, people have turned to plants-fruits, vegetables, herbs, and spices-as sources of medicine.

Today, Americans are more likely to describe these plants as “nutritious” rather than “therapeutic.” 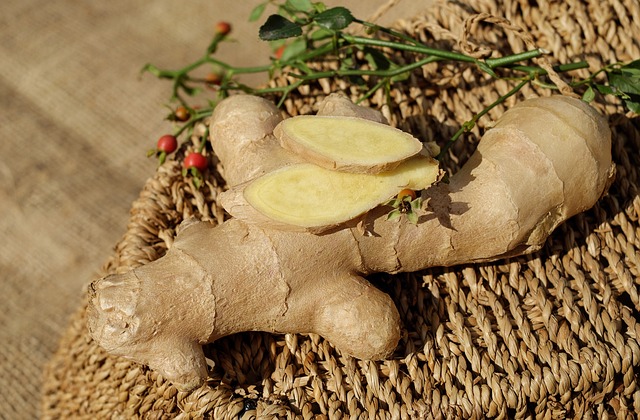 However, scientists have not forgotten that many plant-derived foods were once held in high regard because of their potential healing properties.

One such example is ginger, the popular spice that is used to flavor soups, Japanese dishes, beverages, and more. But did you know that ginger has been used medicinally for more than two millennia in parts of the world such as China, India, and the Arab nations?

The main difference today is that researchers are able to objectively evaluate and verify the health benefits of ginger.

Thus far, science has shown that this spice may be linked to improvements in heart health, immunity, digestion, and more.

The uses of ginger as a digestive aid can be largely attributed to the presence of gingerols and shogaols, which help neutralize stomach acids, enhance the secretion of digestive juices, and tone the muscles of the digestive tract.

The active ingredient in ginger is terpenes and an oleoresin, which is called ginger oil. These active agents are responsible for their antiseptic qualities, lymph-cleansing, circulation-stimulating, and mild constipation relief.

Research has shown that ginger lowers blood cholesterol by reducing cholesterol absorption in the blood and liver.

Here are some other known health benefits from ginger:

• Ginger has been known to reduce inflammation of the joints and muscle tissue for people suffering from arthritis or rheumatism.

• Ginger improves blood circulation, hence thought to improve the complexion too. It is also known to have reduced nervousness, ease tendonitis, and relieve sore throats.

• Ginger is an effective herbal remedy for all kinds of motion sickness and even morning sickness during pregnancy. A great way to get rid of the uneasy, queasy feeling in the stomach.

• Scientists have found that ginger can block the effects of prostaglandin – a substance that causes inflammation of the blood vessels in the brain, which leads to a migraine.

• Known for its warming action, ginger is an effective treatment in colds and flu.

• It is a great mouth freshener and ginger tea is known for its refreshing properties.

The Power of Ginger in Healing and Health