In response to parental and consumer pressure. It also pledged to reduce the sodium content in all of its foods by 15 percent, with the exception of soda and desserts. It set a deadline of 2015 for limiting salt and said it would spend the rest of this decade cutting back on sugars, saturated fats, and calories and making adjustments to portion sizes. 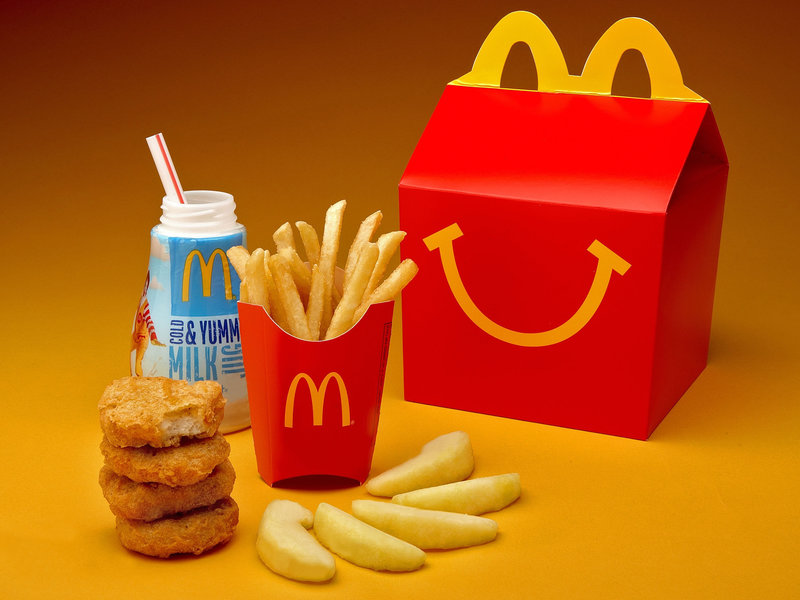 The cost of Happy Meals at McDonald’s, Our Kids!

The new Happy Meals will be introduced in September and rolled out across the company’s 14,000 restaurants by April 2012. They will all include apple slices, but in a smaller amount of three to five slices than the current eight to 10 offered as an alternative. (The Apple Dippers also will be renamed after the company phases out the caramel dipping sauce, according to Tuesday’s announcement.)

“It’s a trade-off between everybody getting a small portion and 10 percent of kids getting a larger portion, which is better than nothing and maybe will accustom kids to eating fresh fruits and vegetables when they go out to eat,” Mr. Jacobson said.