The Health Behind Aeroponics

“Globalization” increasingly is about the converging environmental crises of the 21st century instead of about the world’s ever more globally interconnected economy. 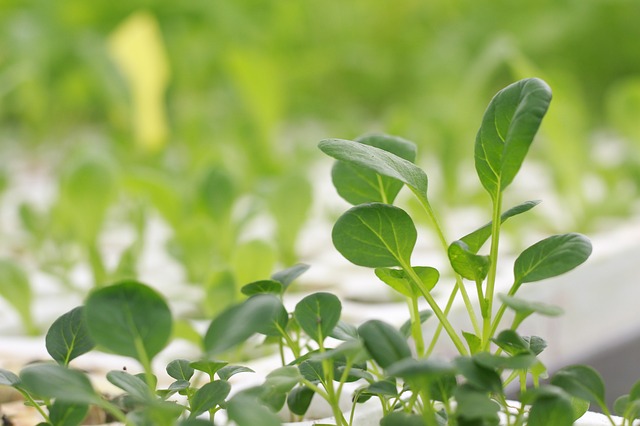 As these crises and challenges worsen, they are accelerating creative solutions — in the case of agriculture and food, the aeroponics-enabled water-wise and soil-less vertical greenhouse farm-in-the-city trend.

Urban farmers are growing herbs, strawberries, tomatoes, and more in soil-less aeroponics tower gardens in a small backyard and spacious warehouses, on balconies and high-rise rooftops, and in high-tech greenhouses.

DOWN ON THE FARM, UP IN THE CITY – AEROPONICS IS A WATER-WISE, SOIL-LESS AND GMO-FREE SOLUTION.

Aeroponics is a process of growing plants under natural and/or artificial light in a soil-less and moisture-, nutrient-, and air-rich environment — out of doors or in interior clean rooms.

Such conditions occur in nature, as on tropical islands like Hawaii, where orchids develop and grow freely on branches of trees.

Aeroponics was created when researchers found that these conditions could be artificially recreated to grow a variety of crops. Soon after its development in the middle 20th century, aeroponics took hold as a valuable research tool, providing a non-invasive way to examine roots under development.

The results of aeroponics experiments were a dramatic reduction in the crop-growing use of water, fertilizer, and pesticides by over 95 percent and an increase in yield of over 55 percent and with a growing season of 365 days a year.

John Wayne Kennedy, a gifted scientist, is working with the National Aeronautics and Space Administration (NASA) to further research in plant immunology to grow super sprouts in space.

As human populations grow, greenhouse gas emissions continue, droughts in California and many other locales worsen, and suburban development consumes precious farmland in the United States, this society needs to rethink and re-plan our national food security, the quality and healthiness of the food we eat, the environmental impacts of today’s industrial food production, and our central farm-to-market distribution system.

The aeroponics greenhouse technology addresses not only our food security challenges, but also the inherent dysfunctions and inefficiencies in our food production and delivery system which cause massive waste and pollution of our air, soil, and surface, and groundwater.

The continuing reliance on pesticides is devastating the nation and world’s fragile ecosystems — virtually the entire biosphere — endangering the future food supply and causing the extinction of many of the world’s natural species.

This technology has since been adapted to land-based facilities. There is so much waste and inefficiency in the current farming and distribution system that these urban farms — small-scale urban and suburban high-tech agriculture greenhouse facilities, and even urban micro-farms — will become part of the answer to America’s quality-of-life and economic issues at the same time they become profitable.

Tomorrow’s sophisticated urban farmers will not be dependent on the weather, the seasons, or the supermarket. The “farmer in the city” will be responsive, not to the elements, but to the needs of urban consumers, from local restaurants to local housewives, and even the local McDonald’s.

Central to the food production of the future will be computer-managed solar-powered urban and suburban organic greenhouses constructed within large commercial and industrial buildings, growing food crops from asparagus to zucchini day and night year-round.

These ‘solar smart farms will be scientifically and technologically designed and will operate according to constantly-updated online information directing their farmer-managers as to what to grow, how much to grow, and when to grow to maximize profits and reduce spoilage.

The NASA-approved aeroponics agricultural technology that will be employed in these facilities uses less land, water, fertilizer, energy, and pesticides than the rural industrial agriculture we’ve accepted as the only way to produce food. The “just-in-time” fruits and vegetables grown in these urban-age facilities will be produced with technologies and techniques that minimize waste and maximize flavor and quality.

Organic produce sales are growing at a rate of 28 percent per year. Organic produce is only a fraction of the worldwide food demand but represents a definite and important change in the minds of consumers, growing numbers of those who insist that pesticides in food and genetically modified (GMO) crops are not acceptable. One example is California’s recently passed Proposition 65 law to reduce pesticides.

According to futurists Alvin and Heidi Toffler, we are experiencing a ‘demassification’ of our society from mass production to specialty and custom production. No longer will mass production, mass media, mass communications, mass education, centralized power, and industrial centralized transportation networks be society’s only solution. The 21st century will be a green and digital century running on satellite and cable TV, wireless broadband communications, onsite wireless solar-electric generation, distance learning, and telecommuting.

Food production will not be an exception: The new century’s agriculture will be a ‘distributed agriculture’ — high-tech, solar-powered, organic, and local.

Distributed food production is eminently practical. Today, farmers must rely on refrigerated transportation to deliver their products to customers in metropolitan areas. In California, nearly 50 percent of fresh food never reaches the market because of a defect, spoilage, or oversupply.

Transportation cost and spoilage losses account for 80 percent of the cost of food production.

Lester R. Brown, president of the Earth Policy Institute, goes so far as to define a “food bubble” economy — created by over-pumping aquifers, overflowing and overgrazing the land, and overloading the atmosphere with carbon dioxide. Like the U.S.-born housing bubble before it, Brown predicts the bursting of the food bubble will ricochet worldwide with dire consequences, including “survival itself” at stake for people living on the lower rungs of the global economic ladder.

If we are to create a sustainable future, we must learn how Mother Nature creates balance and harmony in the global ecosystem. In our natural environment, one creature’s waste is another creature’s food supply. Mother Nature continually recycles, re-engineers, redesigns, and reuses its waste products.

The only external input nature requires is solar energy, the source of all life. In our economic system, one person’s waste is another person’s problem, and eventually, it becomes a major problem for all living creatures.

We pollute the air we breathe, poison the soil we grow our food in, contaminate the seas with sewage, and genetically modify the food we consume.

Our economic system model is based on over-consumption, waste, and greed, as opposed to harmony and balance.

America’s and the world’s future farmers will be a new breed of technologically-oriented entrepreneurs living and working down on the “Farm in the City” to combat hunger, pollution, and water shortages and to create a sustainable local and global food production future.

How to Maintain Healthy Weight 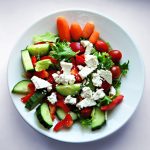