A painful inflammatory form of arthritis in the joints and may be linked to the rising obesity rates for many Americans. During the last twenty years, numbers have soared to 8.3 million, a new study finds. 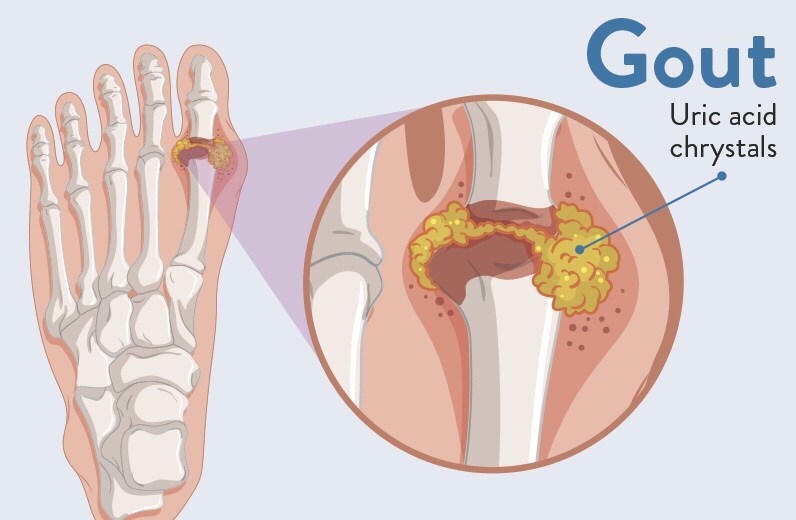 The reason? There is a buildup of uric acid in the joints which coincides with a rise in obesity and high blood pressure rates.  The researchers of this study note that the prevention of these risk factors may help reduce the number of people developing gout.

According to HealthDay News, “Gout now affects 4 percent of adults in the United States, according to the study. Hyperuricemia — a “pre-gout” condition associated with high levels of uric acid in the blood — affects 43.3 million U.S. adults or 21 percent of the population, the researchers said. Researchers analyzed U.S. National Health and Nutrition Examination Survey data on nearly 6,000 adults from 2007 and 2008, and compared it to data from 1988 through 1994.”

The study, published online July 28 in Arthritis & Rheumatism, found that gout and hyperuricemia have become more common over the last twenty years. Cases of gout rose by 1 percent while cases of hyperuricemia increased by 3 percent.

HealthDay News continues, “‘We found that the prevalences of gout and hyperuricemia continue to be substantial in the U.S. adult population. Improvements in managing modifiable risk factors, such as obesity and hypertension, could help prevent further escalation of gout and hyperuricemia among Americans,’ the study’s senior investigator, Dr. Hyon Choi, professor of medicine at Boston University School of Medicine, said in a journal news release.”