When human beings get sick, it may be easy or incredibly complicated to comprehend what is causing the illness and how to treat it. Often, people only realize they’re sick when they begin showing symptoms, and it is these symptoms that usually help with diagnosis and treatment. So it may be highly inconvenient – even deadly at times- when illnesses mimic symptoms that aren’t usually their own. Let’s talk about chronic immune response syndrome.

Chronic Immune Response Syndrome (CIRS) is an illness with many different symptoms. These symptoms can often imitate others in diseases such as Lyme disease, Ehrlichiosis, and some auto-immune disorders. So not only does this disease affect individuals, but it also makes it difficult for experts to properly diagnose and treat it due to the many similarities between symptoms and different illnesses.

So what causes Chronic Immune Response Syndrome? What are the many CIRS Symtoms? Is there a CIRS test you can take for a diagnosis?

In short terms, CIRS is a biotoxin-triggered immune dysfunction disorder. The official definition is a complex, multi-system, multi-symptom illness following internal or external biotoxin exposure. Defined as a dangerous and harmful substance created by living organisms, biotoxins are everywhere, exposing us daily. However, for most human beings, our bodies detoxify and rid themselves of these harmful substances on their own with little to no long-term consequences. With that said, approximately 24% of the general worldwide population have a genetic determinant known as their HLA type, which leaves them vulnerable to this dysfunction.

So, when one of these individuals is exposed to large quantities of biotoxins from mold, Babesia, Lyme, or even Candida, the triggered immune dysfunction results in seemingly unrelated symptoms. As stated previously, these symptoms often get misdiagnosed as conditions such as Fibromyalgia, Chronic Fatigue Syndrome, Anxiety, Depression, Leaky Gut, POTS, and even Chronic Lyme Disease. The reason for the variety of symptoms displayed is that the disorder can manifest in different ways.

CIRS may manifest itself in several ways. The list is extensive, and their manifestation may appear random at first. However, some research shows evidence that these signs do tend to occur in certain groups, usually consisting of 3 distinct symptoms: 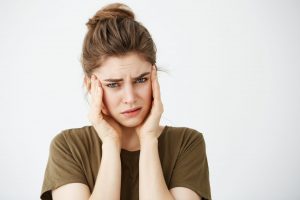 The list goes on. These diverse and common symptoms are why CIRS is particularly difficult to detect.

As mentioned previously, CIRS often begins by exposure to biotoxins. There are different manners in which individuals might have exposure to these biotoxins:

How to treat CIRS: Is there a CIRS test?

There are multiple tests available to diagnose CIRS. Due to the multitude of ways symptoms can manifest themselves, more than one test might be required. Testing includes visual, genetic, MRI, biomarker testing. Contact your doctor immediately if you believe you’ve been exposed to biotoxins and run the risk of developing CIRS. 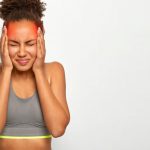 The Mystery of the Havana SyndromeGeneral Health, Health Coach 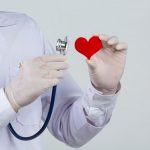