Disturbed vibrations occur in the body as a precursor of illness

Vibrational healing restores the body’s healthy vibrations. Essential oils can be used to balance the subtle energy flows in the body. 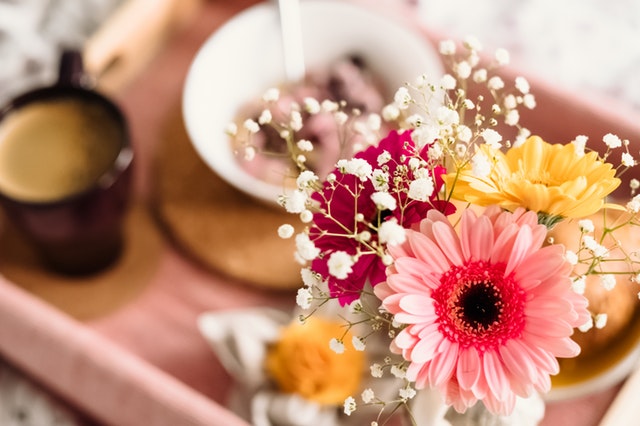 The most important ingredient in Aromatherapy treatments is an essential oil.

Aromatherapists and perfumeries use musical language to describe scents. We talk of essential oils being a top, middle, and base note. About a century ago, a perfumery named Piesse arranged scents on a stave or musical scale, and this went some way to describing the vibration of scents.

Aromas were also described by color. Scents can be described as ‘green’ or ‘blue’ or perhaps ‘vivid red’, and we mix scents as we would, color on an artist’s palette.

Historically, the sense of smell has always been important to man and to his survival. A newborn baby recognizes his mother mainly by scent until his eyesight improves and he learns to focus.

To early man, his sense of smell was every bit as important as what it is to animals. Humans and animals alike emit pheromones (from the Greek ‘pherein’ to carry and ‘hormone’ to excite) which attract, repel, identify or mark territory.

Human pheromones are chemicals manufactured by the apocrine glands and radiated into the air around us. The scent of these is detected by the people in our immediate vicinity and play a large part in sexual attraction. Although we are all radiate pheromones and react to other people’s pheromones, this function takes place on a subconscious level.

As the pheromones we produce are affected by fluctuations in other hormone levels, they can indicate our emotional state. For instance, the surge of adrenalin produced in times of anxiety can produce a smell of fear. Animals are highly receptive to scents and can easily detect emotion in humans.

Apocrine glands are also located on the soles of the feet and pheromone molecules can remain on the ground for up to two weeks. Primitive tribes have, until comparatively recently, detected the proximity of other people by sniffing the ground.

It is only the process of ‘ civilization’ that has blunted our sense of smell and with it our innate knowledge that scents produce profound responses within us.

The Sense of Smell and How the Nose Knows

Natural and Holistic Treatments with Aromatherapy by an Aromatherapists

Read More on The Sense of Smell and Natural Holistic Treatments.