(Up to 30 pounds in a month) and based on its popularity, this diet actually works. What is this diet? It’s called the hCG diet and it combines drops or injections of hCG, a pregnancy hormone, with a daily caloric intake of only 500 calories. Some people are absolutely convinced that it works, even to the point of injecting themselves. 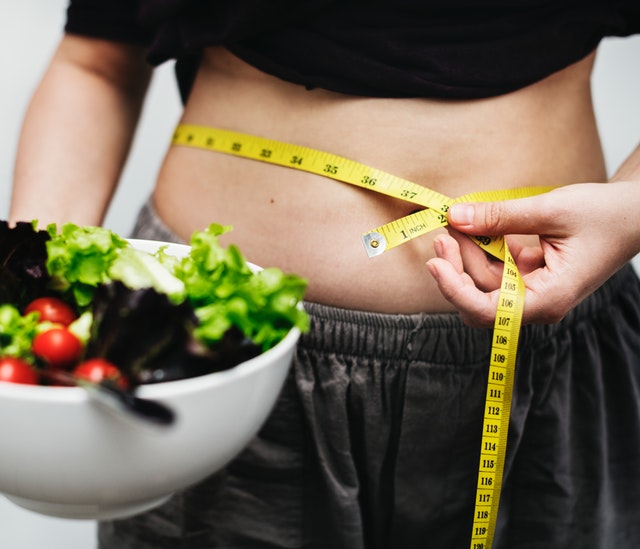 Before you decide to use hCG as a fast method for weight loss, know the risks.

However, the government and the mainstream medical community say it’s a scam that doesn’t lead to long-term loss and poses too many health risks.

“It’s reckless, irresponsible, and completely irrational,” says Pieter Cohen, an assistant professor of medicine at Harvard Medical School. “Can you lose weight on it? Of course, but that’s mainly because you’re hardly consuming any calories. And any benefit is not going to last.”

Approved by the U.S. Food and Drug Administration as a method to treat infertility in both men and women hCG’s weightloss roots can be traced to the 50s. British endocrinologist A.T.W. Simeons realized that when he gave obese patients small doses on a regular schedule, these patients experienced a loss of stubborn fat. However, this only worked when it was coupled with a near-starvation diet. Simeons claimed that hCG was a potent appetite suppressor and that the hormone could fix trouble spots such as the upper arms, stomach, thighs, and buttocks while preserving muscle. Today, the pitch is basically the same. Dieters supplement an extremely low-calorie meal plan with daily injections prescribed off-label by medical professionals or take diluted, homeopathic hCG “typically in drop form” sold online, in drugstores, and at nutritional supplement stores.

The FDA has taken note of the hCG diet and claims that it is fraudulent and illegal when sold for weight-loss purposes. In her article, “HCG Diet Dangers: Is Fast Weight Loss Worth the Risk”, Angela Haupt notes that “Though the FDA said such products aren’t necessarily dangerous, their sale is deceptive, since there’s no good evidence they’re effective for weight loss. What’s more, all hCG products, including injections prescribed by a doctor, must carry a warning stating there’s no proof they accelerate weight loss, redistribute fat, or numb the hunger and discomfort typical of a low-calorie diet.”

Yet, doctors are still writing prescriptions for the daily injections which are typically administered into the thigh. Since 2008, one in-house physician has prescribed injections to 3,000 clients. Costs include $495 for a 23-day plan or $595 for a 40-day regimen ($595). After a six week break, dieters eat normal meals to prevent the body from becoming “hCG-immune”, many resume the process, completing multiple cycles.

Dieters have some leeway “when it comes to spending their 500 calories, however, they are encouraged to choose organic meats, vegetables, and fish. Dairy, carbs, alcohol, and sugar are off-limits. A typical meal for one dieting day might consist of coffee and an orange for breakfast; a little tilapia and raw asparagus for lunch; a piece of fruit in the afternoon; and crab, spinach, Melba toast, and tea for dinner. If a dieter cheats, then they are encouraged to drink only water and eat nothing but six apples for 24 hours.

Haupt notes that “despite success stories, scientific evidence for using hCG as a diet aid is not solid. In 1995, researchers analyzed 14 clinical trials and concluded that hCG was not any more effective at helping people shed the pounds than a placebo.

Those who are not convinced that hCG is a miracle drug for diminishing hunger point out that starvation wouldn’t be needed. Advocators are adamant that hCG is essential to the diet’s success. “People are strongly convinced that this hormone will keep them on a 500-calorie diet. And the power of suggestion can be a very strong force,” says Cohen.

To read more about the side effects and risks of an hCG diet, click here.