Skin is our largest organ

And it protects our muscles, bones, nerves, blood vessels, and everything else inside our bodies.

Skin thickness varies around the body with the eyelids have the thinnest and the soles of our feet have the thickest. 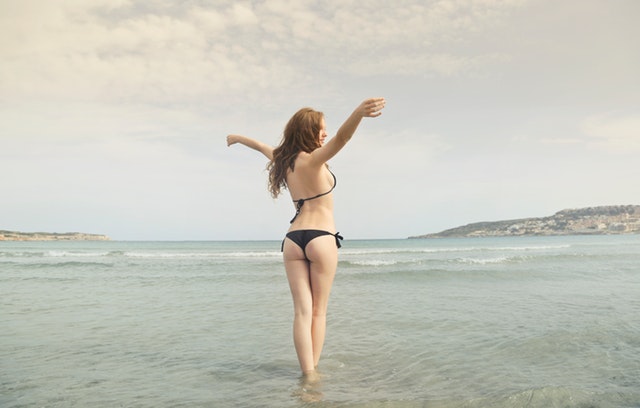 Hair is a modified type of skin and grows everywhere on the human body with the exception of the palms, soles, feet, eyelids and lips.  Like hair, nails are a type of modified skin and protect the sensitive tips of fingers and toes from injury and allowing us to pick up small items.  Skin forms a barrier, preventing harmful substances from entering the body. It also protects body tissue from injury and sustains fluids like blood and water, regulates body temperature and protects it from the sun.

Skin is essential in many ways. It forms a barrier that prevents harmful substances and microorganisms from entering the body. It protects body tissues against injury. It also controls the loss of life-sustaining fluids like blood and water, helps regulate body temperature through perspiration, and protects from the sun’s damaging ultraviolet rays.

Without the nerve cells in skin, people couldn’t feel warmth, cold, or other sensations. For instance, goosebumps form when the erector pili muscles contract to make hairs on the skin stand up straight when someone is cold or frightened — the blood vessels keep the body from losing heat by narrowing as much as possible and keeping the warm blood away from the skin’s surface, offering insulation and protection.

Every square inch of skin contains thousands of cells and hundreds of sweat glands, oil glands, nerve endings, and blood vessels. Skin is made up of three layers: the epidermis, dermis, and the subcutaneous tissue.

The upper layer of our skin, the epidermis, is the tough, protective outer layer. It’s about as thick as a sheet of paper over most parts of the body. The epidermis has four layers of cells that are constantly flaking off and being renewed. In these four layers are three special types of cells:

Because the cells in the epidermis are completely replaced about every 28 days, cuts and scrapes heal quickly.

Below the epidermis is the next layer of our skin, the dermis, which is made up of blood vessels, nerve endings, and connective tissue. The dermis nourishes the epidermis. Two types of fibers in the dermis — collagen and elastin — help the skin stretch when we bend and reposition itself when we straighten up. Collagen is strong and hard to stretch, and elastin, as its name suggests, is elastic. In older people, some of the elastin-containing fibers degenerate, which is one reason why the skin looks wrinkled.

The dermis also contains a person’s sebaceous glands. These glands, which surround and empty into hair follicles and pores, produce the oil sebum that lubricates the skin and hair. Sebaceous glands are found mostly in the skin on the face, upper back, shoulders, and chest.

Most of the time, the sebaceous glands make the right amount of sebum. As a person’s body begins to mature and develop during the teenage years, though, hormones stimulate the sebaceous glands to make more sebum. When pores become clogged by too much sebum and too many dead skin cells, this contributes to acne. Later in life, these glands produce less sebum, which contributes to dry skin as people age.

The bottom layer of our skin, the subcutaneous tissue, is made up of connective tissue, sweat glands, blood vessels, and cells that store fat. This layer helps protect the body from blows and other injuries and helps it hold in body heat.

There are two types of sweat glands. The eccrine glands are found everywhere, although they’re mostly in the forehead, palms, and soles of the feet. By producing sweat, these glands help regulate body temperature, and waste products are excreted through them.

The apocrine glands develop at puberty and are concentrated in the armpits and pubic region. The sweat from the apocrine glands is thicker than that produced by the eccrine glands. Although this sweat doesn’t smell, when it mixes with bacteria on the skin’s surface, it can cause body odor. A normal, healthy adult secretes about 1 pint (about half a liter) of sweat daily, but this may be increased by physical activity, fever, or a hot environment.

The hair on our heads isn’t just there for looks. It keeps us warm by preserving heat. The hair in the nose, ears, and around the eyes protects these sensitive areas from dust and other small particles. Eyebrows and eyelashes protect eyes by decreasing the amount of light and particles that go into them. The fine hair that covers the body provides warmth and protects the skin. Hair also cushions the body against injury.

Human hair consists of the hair shaft, which projects from the skin’s surface, and the root, a soft thickened bulb at the base of the hair embedded in the skin. The root ends in the hair bulb, which sits in a sac-like pit in the skin called the follicle, from which the hair grows.

At the bottom of the follicle is the papilla, where hair growth actually takes place. The papilla contains an artery that nourishes the root of the hair. As cells multiply and produce keratin to harden the structure, they’re pushed up the follicle and through the skin’s surface as a shaft of hair. Each hair has three layers: the medulla at the center, which is soft; the cortex, which surrounds the medulla and is the main part of the hair; and the cuticle, the hard outer layer that protects the shaft.

Hair grows by forming new cells at the base of the root. These cells multiply to form a rod of tissue in the skin. The rods of cells move upward through the skin as new cells form beneath them. As they move up, they’re cut off from their supply of nourishment and start to form a hard protein called keratin in a process called keratinization.

As this process occurs, the hair cells die. The dead cells and keratin form the shaft of the hair.

Each hair grows about 1/4 inch (about 6 millimeters) every month and keeps on growing for up to 6 years. The hair then falls out and another grows in its place. The length of a person’s hair depends on the length of the growing phase of the follicle. Follicles are active for 2 to 6 years; they rest for about 3 months after that. A person becomes bald if the scalp follicles become inactive and no longer produce new hair. Thick hair grows out of large follicles; narrow follicles produce thin hair.

The color of a person’s hair is determined by the amount and distribution of melanin in the cortex of each hair (the same melanin that’s found in the epidermis). Hair also contains a yellow-red pigment; people who have blonde or red hair have only a small amount of melanin in their hair. Hair becomes gray when people age because pigment no longer forms.

Nails grow out of deep folds in the skin of the fingers and toes. As epidermal cells below the nail root move up to the surface of the skin, they increase in number, and those closest to the nail root become flattened and pressed tightly together. Each cell is transformed into a thin plate; these plates are piled in layers to form the nail. As with hair, nails are formed by keratinization. When the nail cells accumulate, the nail is pushed forward.

Fingernails grow about three or four times as quickly as toenails. Like hair, nails grow more rapidly in summer than in winter. If a nail is torn off, it will regrow if the matrix isn’t severely injured. White spots on the nail are sometimes due to temporary changes in growth rate.

Some of the things that can affect the skin, nails, and hair are described below.

The term dermatitis refers to any inflammation (swelling, itching, and redness) possibly associated with the skin. There are many types of dermatitis, including:

Fungal Infections of the Skin and Nails

In addition to these diseases and conditions, the skin can be injured in a number of ways. Minor scrapes, cuts, and bruises heal quickly on their own, but other injuries — severe cuts and burns, for example — require medical treatment.

Disorders of the Scalp and Hair 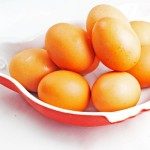 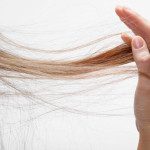