It uses a new plasma brush that disinfects and cleans out cavities, killing bacterias and forming a better bond for the fillings. And it does it in less than 30 seconds!

According to the scientists, “the chemical reactions involved with the plasma brush actually change the surface of the tooth, which allows for strong and robust bonding with the filling material.”

How would this affect you? Needless to say, this—and anything that includes “dental” and “painless” in the same sentence—is awesome news. To give you an idea of how this could affect all of us—and not only wimps terrified by dentists like myself—about 200 million tooth fillings occur in the United States every year, with a total price tag of $50 billion. The inventors say that their plasma brush will reduce the economic cost and eliminate the pain cost altogether.

Hao Li, associate professor of mechanical and aerospace engineering in the MU College of Engineering, “in addition, a tooth can only support two or three restorations before it must be pulled. Our studies indicate that fillings are 60 percent stronger with the plasma brush, which would increase the filling lifespan. This would be a big benefit to the patient, as well as dentists and insurance companies.”

When will it arrive? Qingsong Yu, associate professor of mechanical and aerospace engineering of the University of Missouri, claims that “there have been no side effects reported during the lab trials, and we expect the human trials to help us improve the prototype.”

Humans trials are scheduled to begin next year at the University of Tennessee-Memphis. Apparently, they are expecting the FDA to approve this really soon, with the plasma brush arriving at your dentist as early as 2013. 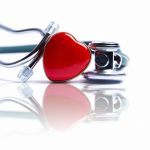 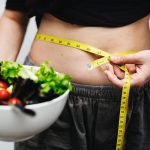