$500 million, after a federal probe of illegal online pharmacy ads placed on the website over the past three years.

A spokesman for the U.S. Attorney’s office in Providence told CNN he could “neither confirm nor deny” reports of the probe. Google declined to comment “since this is a legal matter.”

Law enforcement sources told CNN that federal prosecutors in Rhode Island, along with undercover agents from the Food and Drug Administration, are heading a massive investigation aimed at Google.

The prosecutors are trying to prove that Google knowingly took advertising money from websites selling highly addictive drugs without a legitimate prescription.

But in early May, Google filed a notice with the Securities and Exchange Commission saying it was setting aside $500 million to potentially resolve a case with the Department of Justice. In its filing, Google stated only that the matter involved “the use of Google advertising by certain advertisers.”

If a fine of $500 million or higher is in fact imposed on Google, legal experts say it would be the largest such penalty in U.S. history.

“There are all sorts of drugs one can purchase illegally over the Internet,” one of the study’s co-authors, Dr. Anupam Jena, told CNN. “So there’s narcotics, like OxyContin and Percocet. And there are stimulant medications, sometimes used to treat ADHD — attention-deficit/hyperactivity disorder. There are also … anti-anxiety medications like Ambien or Ativan that people routinely use for the correct indications, but sometimes can be abused.”

State regulators and watchdog groups say they have been warning Google and other search engines for years that online pharmacies have been allowed to operate without adequate supervision. 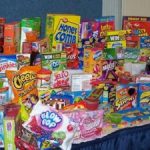