Sorting out the new health-care reform, but it is also fighting a battle on another front: a record drug shortage. Providers face a massive drug shortage, which has led to price gouging on some medications needed to treat critically-ill patients.

The shortage is occurring for several reasons, according to Premier Healthcare Alliance, including the consolidation of prescription drug manufacturers, issues with safety in manufacturing, and interruptions of supply in the ingredients used to produce drugs. Another cause is that manufacturers have ceased production on drugs that generate little or no profit, including generics.

In response, doctors and hospitals are getting offers from what is called the “gray market” to obtain necessary medications, which experts say are a major health risk to hospitals and patients alike.

In the gray market for prescription drugs, the markup is a whopping 650%, according to a recent study from Premier.

Often, drugs on this market are stolen or unsafe for users, according to experts.

Drugs necessary to treat critically-ill patients with cancer, brain, and heart spasms and those undergoing surgery were marked up even higher. The study found chemotherapy medicines to treat leukemia and non-Hodgkin’s lymphoma spiked 3,980% and 3,170% for medications to help cancer patients retain bone marrow. Prices soared 3,161% for sedation medications for surgery, 2,979% for medicines to dilate veins and prevent brain or heart spasms and 2,642% for medicines to prevent damage during a heart attack, according to the study.

From these offers, 636 that contained price and proper drug identification information were analyzed.

Dr. Mitchell Brooks, an orthopedic surgeon in Dallas, says it is unclear where and how these drugs are being obtained, and what’s worse, he doesn’t see the trend slowing down anytime soon. Brooks, who was not involved with the study, blamed the drug shortage on drug manufacturers cutting production on drugs that don’t bring in as much profit as others.

“Some of the drugs in shortage have been out for quite some time, so their profit margin is not as great as other drugs,” he says. “There is no incentive to produce them in large numbers.”

Doctors have little say in the matter, according to Brooks, and have been forced to cater to the shortage. For example, patients with thyroid cancer can receive medication to counteract the effects of radioactive iodine, however only those with the most severe cases can undergo this treatment in hospital triages.

“It’s dependent upon drug companies,” he says. “Manufacturers have to manufacture what is in demand.”

For patients, Brooks recommends getting educated on the issue and only taking drugs that come from reputable sources and that are sealed.

“If it’s too good to be true, it generally is,” he says, regarding low prices on meds. “If it’s not sealed, I wouldn’t buy it—that is common sense.” 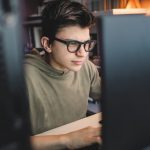 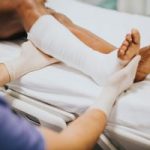