Helping us to grip, lift, text, cut, and every other task that we do daily. Our hands are one of the most used body parts that we have when it comes to everyday activities.

So what if you could discover early signs of dangerous diseases that you didn’t know you had by your hand? 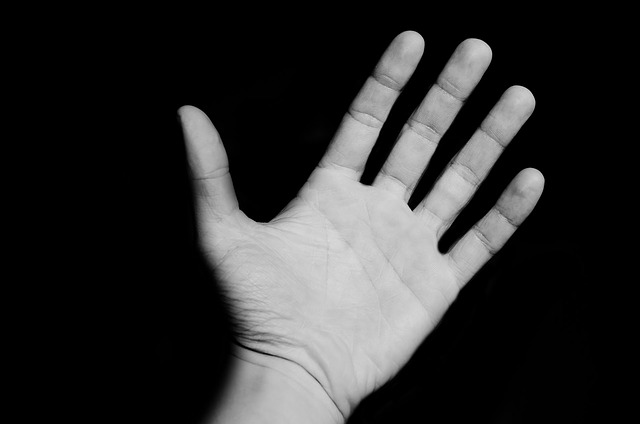 “It used to be common for doctors to look at the hands for important clues to overall health,” says endocrinologist Kenneth Blanchard of Newton, Massachusetts.

“We need to get back to that because hands can tell you a great deal about circulation, hormones, and thyroid function.”

Here are seven important clues your hands can reveal about your overall health:

Might mean that you held onto the shovel too hard or long term red palms could mean that you mean you may have a condition called palmar erythema (a sign of liver disease, particularly of cirrhosis and nonalcoholic fatty liver).

One thing to keep in mind is that this could mean that you’re pregnant as red palms are considered normal as the blood flow is increased for expecting women.

May indicate conditions. For instance, a man’s ring finger tends to be longer than the index finger while the opposite is true for women. “Women who have a ‘masculinized’ pattern, with ring fingers longer than their index fingers, are twice as likely to suffer from osteoarthritis, according to a 2008 study published in Arthritis and Rheumatism.

The study found osteoarthritis of the knees to be more common in both men and women with longer ring fingers, but the effect was most pronounced in women. Longer index fingers, on the other hand, are associated with a higher risk of breast cancer in women and with a lower risk of prostate cancer in men. A 2010 study found that men whose index fingers were noticeably longer than their ring fingers were 33 percent less likely to develop prostate cancer.”

So the obvious question is “why?” and scientists are not quite sure why, but they do believe that the length of the finger is affected by the exposure to varying amounts of testosterone and estrogen in the womb. Those with longer fingers indicate greater exposure to testosterone.

Longer ring fingers indicate greater prenatal exposure to testosterone, while longer index fingers suggest higher estrogen exposure. Since breast cancer is estrogen-fueled, longer index fingers correlate with higher breast cancer. In men, more testosterone is linked to a higher incidence of prostate cancer, since one fuels the other. As for the osteoarthritis connection, scientists don’t have a clear explanation yet but think it may have something to do with the way hormones affect early bone growth.

What to do: Women who have longer ring fingers may want to be on the alert for weak or sore joints, particularly knees, and get injuries or soreness evaluated. Men who may be at higher risk for prostate cancer should be proactive about PSA testing and talk to their doctors about additional testing as well. All women should have regular mammograms for breast cancer screening; if you think you may be at higher risk, talk to your doctor about increasing the frequency of mammograms or scheduling an MRI in addition.

Some researchers believe that finger length should be used as a criterion for more comprehensive cancer screening, but this is controversial. In the meantime, follow suggested guidelines, and be proactive about getting all approved tests.

If you just got off an airplane, ignore this one for now. Swollen fingers can happen for the simplest of reasons: It’s hot out, you’re about to get your period, or you just ate salty ramen noodles. But if your fingers feel thick and stiff or your rings still won’t fit after several days of drinking plenty of fluids and cutting back on salt, the swelling could suggest hypothyroidism.

Why? When the thyroid function is underactive, it produces less of the important hormones that regulate your metabolism and keep your body functioning properly. And when metabolism slows, the result is typically weight gain and water accumulation.

“One of the first places you see that excess water is in the fingers,” says endocrinologist Kenneth Blanchard, who authored What Your Doctor May Not Tell You About Hypothyroidism (Grand Central Publishing, 2004). “You can feel it too; your fingers feel stiff because they don’t bend as easily.”

What to do: Ask your doctor for a routine thyroid check, which is a blood test that measures the level of thyroid-stimulating hormone, or TSH. Make sure your doctor is aware of new screening guidelines, which state that the TSH level should be between 0.3 and 3.0.

Under normal circumstances, if you press gently on your fingernails they turn white, and then when you release the pressure they turn pink again. If your nails stay white more than a minute after you press on them or look pale all the time, this can be a sign of anemia.

Why? Anemia, or iron deficiency, causes pale nails when there aren’t enough red blood cells circulating in the bloodstream. If uncorrected over time, severe iron deficiency can also cause the nails to have a slightly concave shape. Clue: If anemia is the cause of pale nails, the nail beds (the thin strips at the base of nails) are likely to look particularly bleached out.

What to do: Iron deficiency can lead to fatigue or, in serious cases, heart problems, so you’ll want to alert your doctor. You can try treating anemia yourself by increasing your dietary intake of iron-rich foods, like such as red meat, spinach, and other dark greens, and nuts, but you’ll probably need to take an iron supplement too, says endocrinologist Blanchard. If iron typically causes you digestive issues, he adds, take a non-constipating formula such as Slow-Fe. And remember to take vitamin C at the same time, as it helps iron absorption.

5. Tiny red stripes under the nails

Called splinter hemorrhages because they look like tiny red or brownish splinters under the nails, these are minute areas of bleeding that can signal infection in the heart or blood. Because they run in the direction of nail growth, they resemble splinters that got stuck under the nail.

Why? Splinter hemorrhages happen when tiny blood clots block blood flow in the capillaries beneath the nails. (Toenails, too.) They most often occur with an infection of the heart valves called subacute bacterial endocarditis. This condition typically occurs in someone with a heart murmur or underlying infection. If you just have a few red spots under the nails and have never been diagnosed with a heart problem, don’t panic: It’s most likely that these are from some other cause, probable injuries to the hands.

What to do: Take your temperature to see if you have a fever. Bacterial endocarditis is typically accompanied by a low-grade fever. If you’ve never had your heart checked and are concerned about these symptoms, call your doctor for a checkup. Your doctor will run a series of tests to evaluate blood flow through the heart. However, if your heart’s been given a clean bill of health, then heart valve infection is an unlikely cause and you can wait to see if the red spots clear up on their own.

Known as “clubbing,” thickened fingertips that angle out above the last knuckle like miniature clubs can be a sign of heart or lung disease. You may also notice the nail rounding, so your fingers curve downward like the inside of a spoon.

Why? If the circulatory systems of the heart or lungs are impaired, oxygen levels in the blood are likely to drop. Over time, this causes the soft tissues of the fingertip pads to grow, so fingertips (and the ends of toes) appear to bulge outward.

What to do: If your fingers and toes are clubbing, it’s likely you’ve been noticing other symptoms, such a shortness of breath or chronic cough. Clubbing also occurs with aortic valve disease, which can cause fatigue and chest pain. See your doctor for a full heart and lung evaluation. Be sure to tell your doctor how long you’ve noticed the change in your fingers and toes, as well as how long you’ve been experiencing other symptoms.

To monitor the oxygen level in your blood, you can get tested by your doctor or use a pulse oximeter, available at most medical supply stores. If you think your heart and lungs are healthy, ask your doctor to run a standard battery of tests. If you’re already aware that you have a heart or lung condition, discuss with your doctor whether this may be a sign of worsening symptoms.

Fingertips that are gray- or blue-tinged or feel numb can be a sign of a circulatory disorder known as Raynaud’s disease or Raynaud’s syndrome.

Why? Raynaud’s syndrome causes sudden temporary spasms in the blood vessels and arteries. The narrowed arteries, Blanchard says, constrict blood flow to the hands and fingers, decreasing circulation. Symptoms include cold hands and numb fingertips, in addition to a bluish tinge. Between 5 and 10 percent of people have this condition, so it’s more common than you might think. Raynaud’s is more common in women than men, and it gets worse in cold weather. It’s also brought on by increased stress.

What to do: Sudden changes in temperature, such as taking ice cubes out of the freezer, can bring on a Raynaud’s attack, so be aware of this effect and ask others to perform such tasks when possible. Wear gloves when you go outside in cold weather, since cold is one of the major triggers for Raynaud’s. Even temperatures below 60 degrees are a problem for many Raynaud’s sufferers, so you may want to stash gloves in your car, in your purse or briefcase, and by the front door.

It’s important not to ignore symptoms, since, over time, Raynaud’s attacks can restrict circulation to the point of causing tissue damage. The best way to prevent Raynaud’s is to make lifestyle changes to keep your circulation healthy. Smoking and caffeine both constrict blood vessels, so quit smoking and cut down on coffee, tea, and cola. Boost your aerobic exercise to raise your heart rate and get your blood pumping.

So get a hand to tell you about your health conditions for circulation, hormones, thyroid function, osteoarthritis, testosterone, and other health concerns. 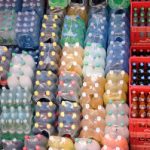