Traveled to the Netherlands in September to explore the country’s innovative universal health care system, which has gained attention as a potential model for U.S. health care reform. 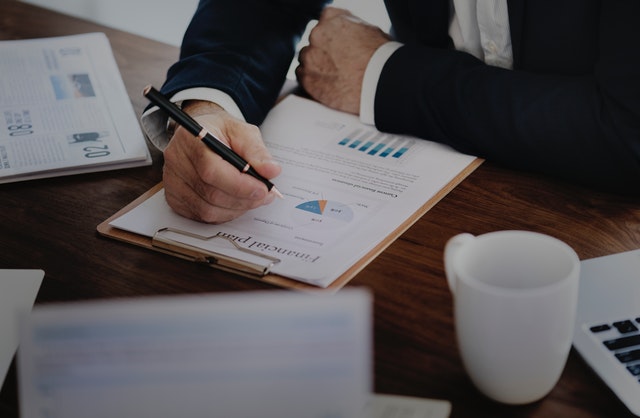 Compare the healthcare systems in the Netherlands, Japan, the United States and its neighbors — Canada and Mexico– below and learn what experts had to say about each of the healthcare models.

All Netherlands residents are required to purchase health insurance, which is provided by private health insurers that compete for business. The insurers can be either for-profit or non-profit, but are tightly regulated by the federal government, and are required to accept every resident in their coverage area, regardless of preexisting conditions.

The current system was created through a 2006 health policy reform, prior to which the country had a social health insurance system and a separate private health insurance alternative, which no longer exists.

The government provides larger subsidies to insurers for participants who are sicker, elderly, or have preexisting conditions. Tax credits are given to low-income patients to help them purchase insurance. People under age 18 are insured at no cost.

Patients can choose among the available insurers, but often get their insurance through group plans administered by their employer. The Netherlands has a separate universal national social insurance program for long-term care, known as the AWBZ, or Exceptional Medical Expenses Act.

Legally required standard benefits for insurance in the Netherlands include general practitioners, hospitals, maternity care, lab tests, and medicines. Insurers offer a choice of policies at a range of costs. In some of the plans, the insurer negotiates and contracts with the health provider, while more costly plans allow patients to choose their health provider, and be reimbursed by the insurer.

Most people also purchase additional private health insurance for services not covered, often from the insurer providing the basic coverage.

Government expenditure on health in the Netherlands made up 80 percent of health spending there in 2006, according to the World Health Organization. The required standard insurance is financed by a mixture of income-related contributions and flat premiums. The individual contribution is set at 6.5 percent of income, which is contributed by employers if the patient is enrolled through their job or by the patient if they are self-employed or unemployed.

The insured also pays a flat-rate premium to their insurer for a policy. Everyone with the same policy pays the same premium, and lower-income residents receive a healthcare allowance from the government to help make payments.

How the Netherlands compare

“What makes it most interesting from a U.S. perspective is that it uses private insurers,” said Michael Borowitz, a senior health policy analyst at the Organisation for Economic Co-operation and Development in Paris.

“[Instead of Medicaid and Medicare] the public insurance part is actually covered through private insurance, through the government regulating private insurers,” he said.

He points to the Netherlands’ strong system of high-quality general practitioners that act as gatekeepers to specialized care as a success in helping to keep costs down.

The Netherlands system also has a large degree of choice for consumers, said Francesca Colombo, also a senior health policy analyst at OECD.

“It does provide access for everybody, it does not leave people out of the system and it does achieve good outcomes in the end,” she said. However, both agree the system is new enough that the jury is still out on its long-term success.

“It’s only been in operation for a relatively short time so it’s not clear whether competing insurers is the way to go,” said Borowitz.

Japan was the first nation in Asia to create a comprehensive social insurance program.

All citizens are required to have health insurance, either through an employer-based health insurance program or through the national health care program. Those who can’t afford the premiums receive public assistance.

Insurers are all not-for-profit and do not compete; they all cover the same services and drugs for the same price. The Japanese health ministry tightly controls these fixed prices and negotiates rates every two years with the healthcare industry. Patients have access to all health institutions, so they often skip a stop at the general practitioner, according to the WHO.

Most doctors and almost all hospitals are in the private sector. Patients freely choose their providers.

Covered services under Japan’s system include in and outpatient care, home care, dental, prescriptions, long-term care, home nursing for the elderly, and prosthetics. Cash benefits are given for childbirth.

Costs that are not covered include routine physical exams, some dental services, and over-the-counter drugs.

The cost of premiums for participants in employer health insurance in Japan is shared by the employer and the employee, and the average contribution by employees is around 4 percent of a person’s salary. The employees also pay between 20 and 30 percent of care costs up to a level, after which they receive full coverage.

National Health Insurance participants pay co-payments for care and prescription drugs and a premium determined by salary. Participants in the program also share 30 percent of the costs until a certain price point, after which they receive full coverage.

Japan’s socialized healthcare system stands out as one of the best performing countries when it comes to healthcare, said Francesca Colombo, a senior health policy analyst at OECD.

“Not only does it have universal coverage but it has excellent health status… and at a very low cost,” she said.

There is a high degree of satisfaction among the population and Japan has kept costs low through negotiations between the government and providers. However, Japan has fewer primary care doctors, driving some people straight to specialized or emergency services, Colombo said.

Canada has a universal healthcare system that is publicly funded and administered and delivers care primarily through private providers. Private insurance exists but is prohibited by the government to cover the same benefits as the public plan, called Medicare. Private insurance can be purchased to cover any gaps in the coverage.

Care is given either at public or private hospitals and facilities. Patients can choose their doctor.

Despite broad coverage, the Medicare system has been criticized for long waiting times on specialty coverage.

The federal government sets national standards and provides financial support, but each of the provincial and territorial governments is responsible for administering the single-payer system for universal hospital and medical services in the region.

Guaranteed benefits in Canada’s Medicare include all medically necessary hospital and physician services, but not dental care, outpatient prescription drugs, and rehabilitation services.

Private insurance can be purchased to cover these areas, or provincial governments may offer these supplementary benefits to certain groups, like senior citizens.

Patients pay no co-pays or deductibles.

“The Canadian system in many ways is one of the closest analogies to the U.S.,” said senior health policy analyst at OECD, Michael Borowitz.

The Medicare system however covers the whole population, and Canada spends significantly less on healthcare. He credits strong federal regulation for managing a system that creates comparable health outcomes to the U.S., at a lower cost.

“The Canadian system performs very well as a single-payer system,” Borowitz said, though it has constraints, such as waiting lists, often for elective surgeries, which he said could be addressed by increasing capacity or efficiency in the system.

The United States’ healthcare system has both private insurers and a public system that covers the elderly and low-income families. Employer-sponsored private insurance is the main way Americans receive insurance coverage, and most services are provided by private providers.

The Medicaid program serves poor families and the disabled. States are required to cover low-income pregnant women, children, the elderly, and the disabled, but states can also expand eligibility if they choose. Separately, the Medicare program covers those over age 65.

Children whose families do not qualify for Medicare but don’t make enough to purchase private health insurance are covered under the State Children’s Health Insurance Program. Veterans are also covered under a separate program.

Benefits vary according to the type of insurance in the U.S. but often include inpatient and outpatient hospital care and physician visits. Many plans also include preventive services, dental care, and prescription drugs.

Employer-sponsored plans have to accept everyone at the same price; private plans in most states are often underwritten based on age, weight, smoking status, and health history.

The U.S. government uses money generated from taxes to reimburse providers who take care of patients enrolled in Medicare, Medicaid, SCHIP, or VA. There is also a tax subsidy of employer-based insurance. The government accounts for nearly 46 percent of the total health spending in the country.

Businesses that provide employer-based insurance pay all or most of the premium and employees pay the remainder. Patients pay a direct co-payment to the provider, and cost-sharing provisions vary by type of insurance. Self-employed or those who purchase private insurance on their own must pay premiums themselves.

How the United States compares

The United States “is the only wealthy country that does not have universal access” said senior health policy OECD analyst Borowitz.

The U.S. spends more than any other country on healthcare, because “it pays higher prices and has a greater volume of services, particularly high tech services and it sort of lets high technology run rampant in the system.”

There is a wide range of choice in the U.S. system, but it is unconstrained, said Francesca Colombo, also a senior health policy analyst at OECD. “What you get out of the system is a good quality of care although it is comparable to other wealthy countries.”

Mexico has a fractionalized system with a variety of public programs but does not have universal coverage. There is also a private insurance market, mostly used by wealthy residents.

Social security administered system covers those who are employed, unless they have private employer-sponsored insurance, while the Seguro Popular program, created in 2003, has been set up to help cover more of the uninsured population.

Poor families can participate in Seguro Popular for free and people who do not participate in the insurance program can still access services through the ministry of health, though sometimes with some difficulty. The different public setups and private insurers all use different systems of medical facilities and providers, with a wide range of quality in those services, reports the OECD.

Seguro Popular provides access to an established set of essential medical services and the needed drugs for those conditions, as well as 17 high-cost interventions such as breast cancer treatment. The services are provided through government facilities, usually state-run.

Out of pocket payments by patients represent over half of the financing for the Mexican healthcare system, according to the WHO. Government expenditures account for 44 percent of health spending.

The public schemes, including the Mexican Institute for Social Security and the Institute of Social Security for Government Employees, are financed through general taxes, and payment from the employer and employee, determined by salary.

The Seguro Popular also is funded by taxes, contributions from the state and federal government, and payments by the families, as a percentage of income. Participants in Seguro Popular pay nothing at the time of delivery of the service.

As with most other middle-income countries, Mexico does not have universal access to coverage for its population. About half of Mexico’s population does not have health insurance under the current skilled system, reports Francesca Colombo, a senior health policy analyst at OECD. 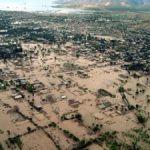 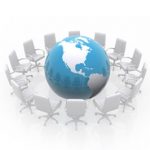